Back in the 1950s and 60's, African-Americans in Kingsport and the Tri-Cities were not directly involved in the activities of the Civil Rights Movement in America. But many "Sons and Daughters of Douglass" who had gone off to college and to life in big cities like Nashville, Nashville, Memphis, Atlanta, and other metropolitan areas, were witnessing the movement first hand.

All we could do in the Riverview community was listen for news, and pray for our brothers and sisters involved, that The Lord would guide their paths. 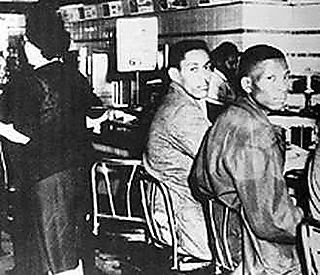 On February 1, 1960, four black students from North Carolina Agricultural and Technical College begin a sit-in at a segregated Woolworth's lunch counter. Although they are refused service, they are allowed to stay at the counter. The event triggers many similar nonviolent protests throughout the South.

Students and activists in Tennessee's four major cities see the sit-in's as a way to draw attention to the racist policies in their own communities. 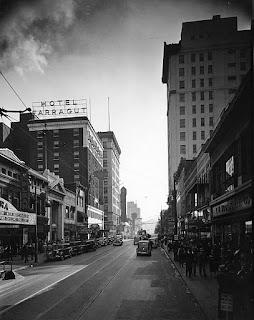 One of those cities was Knoxville.

This account "Long Negotiations - Short Sit-In's" was written by Dr. Cynthia Fleming, Professor of Africana Studies and History at the University of Tennessee-Knoxville. It is reprinted from the Encyclopedia of History and Culture. Historical pictures are courtesy the Knoxville News-Sentinel: 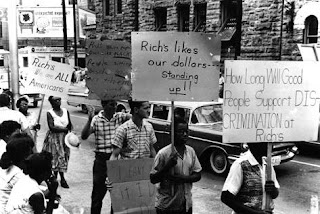 "On February 15, 1960, a group of Knoxville College students met and decided to begin sit-ins at downtown lunch counters two days later. When the college's president, Dr. James Colston, learned of the students' plans, however, he quickly persuaded them to postpone their protests until he could negotiate with city leaders. Colston's confidence in the negotiation process clearly indicates two of Knoxville's unique qualities that set the stage for the short and peaceful sit-ins that followed. 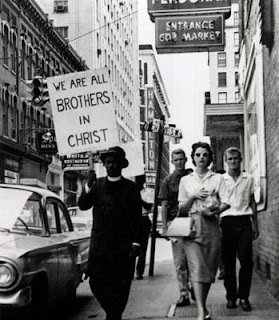 Knoxville had a long history of open communication between local black and white leaders, and there was a less restrictive form of segregation practiced in the city. In such an atmosphere many local residents were convinced that the violent protracted sit-ins affecting other cities could not happen in their community. 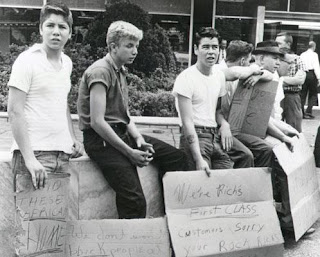 One of those who fervently believed that was Knoxville's Mayor, John Duncan Sr. Duncan recalled, "I saw the problems going on in Chattanooga, Nashville, and Memphis, bloodshed almost. . . . I made up my mind that I didn't want that in Knoxville." Duncan, along with other city leaders, engaged in seemingly endless negotiations in the spring of 1960. At one point during this process Mayor Duncan took the bold and unprecedented step of taking a delegation to New York to negotiate with chain store executives. The delegation, which consisted of the mayor, two Knoxville Chamber of Commerce officials, and two Knoxville College student leaders, wanted chain store executives to order their Knoxville branches to desegregate their eating facilities. But the executives refused to meet with the delegation. 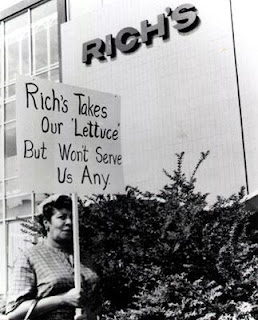 In the meantime, back home, Knoxville College students were becoming increasingly impatient with the slow pace of negotiations. Then in May the downtown merchants finally announced that they would not desegregate after all. Many in the black community felt betrayed. They were sure that negotiations would head off demonstrations, but with failure many knew they had no choice. 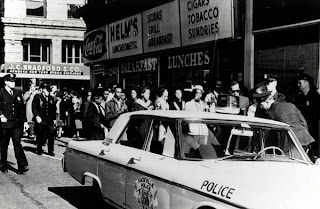 Consequently, on June 9, 1960, the Knoxville sit-ins began, spearheaded by a local group, the Associated Council for Full Citizenship. Regardless of the stand taken by the downtown merchants, Mayor Duncan continued his support of lunch counter integration and directed police officers to protect the rights of sit-in protesters. 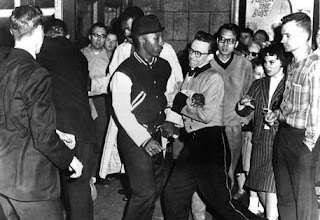 In such an atmosphere Knoxville's sit-ins were peaceful and successful in record time. By July 12, after barely a month of lunch counter protests, downtown merchants capitulated and desegregation of downtown eating facilities became a fact of life for all Knoxvillians."
Posted by douglassriverview at 9:14 PM