Nashville Resolution Honoring the 50th Anniversary of the Nashville Sit-ins 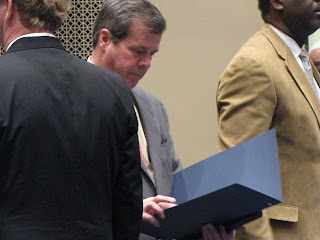 In recognition of this important moment in Nashville's history and the Civil Rights Movement as a whole..

And in recognition of the young men and women who led us to where we are today..

As Mayor of Nashville, I would like to announce the following proclamation: 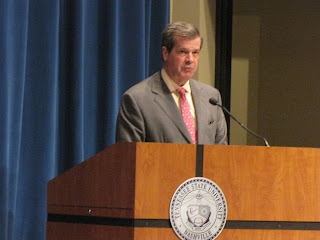 From the Metropolitan Government of Nashville and Davidson County, the Office of Mayor,

Whereas, the first large-scale sit-in organized by the Nashville SNCC movement and the Nahsville Christian Leadership Council took place on February 13, 1960, where 124students walked into the downtown Woolworth's, S.H. Kress, and the McClellan's Store and waited for 2 hours to be served.. 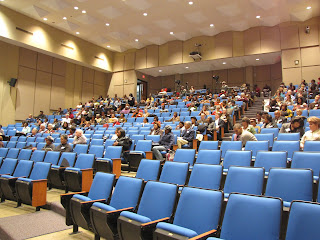 Wheras, after several more sit-in's had taken place over 2 months, a total of 150 students were arrested and many attacked..

Wheras, praised by Dr. Martin Luther King as the best organized, the most disciplined in the Southland, the sit-in participants' code of concduct became a model followed by demonstrators in other cities,

Wheras, among the hundreds of organizers and participants were Marion Barry, James Bevil, Bernard LaFayette, John Lewis, Diane Nash, C.T. Vivian, many of whom went on to become important leaders in the U.S. Civil Rights Movement,

Whereas, on May 10, 1960, 6 downtown stores opened their lunch counters to black customers for the first time,

And wheras, at the same time, African-Americans ended their six-week boycott of the downtown stores, Nashville thus became the first major city in the South to begin to desegregate its public facilities, 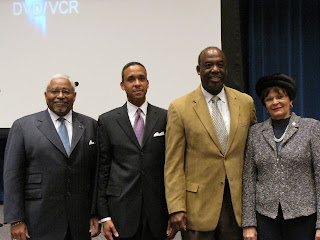 NOW THEREFORE, BE IT RESOLVED, that I, Karl Dean, Mayor of the Metropolitan Government of Nashville-Davidson County, do hearby join the Nashville Student Movement Legacy Foundation, in honoring the brave and inspired participants in the historic sit-in's, as Nashville commemorates the 50th anniversary of the Nashville Sit-In's.
Posted by douglassriverview at 9:09 PM