On February 10, 2010, Tennessee took a moment to recognize the legacy of the sit-ins, that helped change the face of the Civil Rights Movement in America. 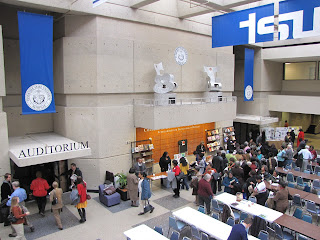 The Metropolitan Nashville Historical Commission and Tennessee State University, commemorated the statewide sit-in's, at the Nashville Conference on African-American History and Culture.

The event at the Tennessee State University Downtown campus, honored the 50th anniversary of the Sit-In Movement in Tennessee. The 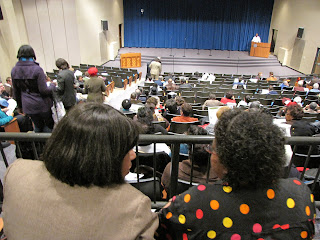 For 29 years, this award-winning conference has brought together historians, students, educators, community leaders, and others interested in African American history and culture, organizers say.

“This conference has become the center point of the discussion of African American history in Nashville,” said Reavis Mitchell, a Fisk University history professor and a co-chair for the event. 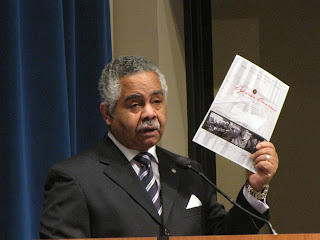 “We feel that Nashville was the pivotal point in the social change movement called the sit-ins because of the institutions here coming together. The student protests really made the world look at injustice, and it gave good people a platform to speak out from.”

On the program were "Songs of the Struggle," presented by the Fisk University Choir, a look at militancy involving the sit-ins at Memphis, and a presentation by the TSU Forensics Team called "We Sat Down, So We Could Stand for the Solution: The Nashville Sit-in Movement," 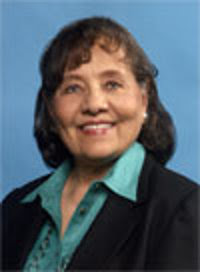 Civil rights activist Diane Nash also came back to Nashville to talk about the sit-in movement during the annual Conference on African American History and Culture.

Nash was a student at Fisk in 1959, the same year blacks in the south began to fight against segregated lunch counters and restrooms designated “white” or “colored.”

In a previous interview with the Nashville Tennessean, Nash said she felt “limited” in not being able to leave the North Nashville campus and have lunch downtown, which ultimately prompted her to take a leadership role against segregation.

“On days we planned a sit-in, I would go to class first, but I would be thinking about it and was really scared. People would say ‘You’re so brave,’ but they didn’t know how terrified I was. I was afraid to go to jail.”

Nash has received numerous awards including the Distinguished American Award from the John F. Kennedy Library and Foundation and the Lyndon Baines Johnson Library and Museum awarded her the LBJ Award for Leadership in Civil Rights.

“I felt a combination of fear and being overwhelmed, but I knew it was something I wanted to do,” Nash said.

Fisk awarded her an honorary doctorate in 2007, and in 2008 the National Civil Rights Museum presented Nash with its Freedom Award.

“I’m so glad I did it,” she said in a previous interview of her participation in the sit-in movement. “I really feel fortunate to have been at the right place at the right time.” 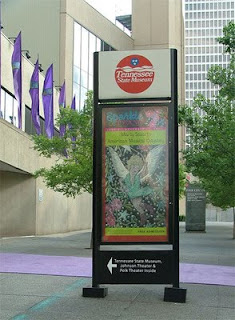 Meanwhile, the landmark events that helped shape the Civil Rights movement of the 1960s are the focus of an exhibition at the Tennessee State Museum in Nashville through May 16th. "We Shall Not Be Moved: The 50th Anniversary of Tennessee's Civil Rights Sit-Ins" is free to the public.

These actions will be examined in this special exhibition organized by the curatorial staff at the State Museum. The exhibit also looks at segregation in the state and how significant resistance developed in African American communities.

Visitors will be able to view a department store similar to those found in the downtown shopping districts of Tennessee cities during this era. Shopping during segregation was a humiliating experience for both black men and women because they were not allowed to try on clothes or shoes; dressing rooms were for "Whites Only." Water fountains, which are included in the exhibit, often appeared in pairs designated for "Whites" and "Colored."

The original stools from the sit-ins that took place at Nashville's downtown W. T. Grant's store are held in the museum's collection and are prominently featured in the exhibition.

An eight-minute film about the Nashville Sit-Ins has been created for the exhibit. The film, produced by MindFlow Media of Chattanooga, contains original news footage taken in Nashville during 1960. "We wanted to produce the film especially for school children to help them better understand what was going on at that time," Lois Riggins-Ezzell, the museum's executive director, said.

The Museum's Public Programs staff has also developed a one-person play about the time period, geared for school audiences. The play, set in a church in 1960, re-creates a non-violence workshop. The actor, while teaching about non-violent techniques, will also offer reflections about the sit-ins. The play is available during the week by reservation only for groups of 10 or more. Contact the public programs department at 615-741-0830 or e-mail public.programs@tn.gov for reservations.

Although the sit-ins were organized as a non-violent action, occasionally students were met with violence from white bystanders; however, it was usually the protesting students who were arrested and taken to jail. The exhibit examines why these students were willing to face possible violence and endure incarceration, and how their parents reacted.
The exhibit covers similar events which occurred in Chattanooga, Memphis and Knoxville and other locales.

Along with period photographs of these events, the exhibit includes such artifacts as signage, which has been preserved to show examples of segregation during this time. Other important artifacts include a letter from a sit-in participant describing a protest and other items related to the sit-ins.

Located at Fifth and Deaderick Streets in downtown Nashville, the Tennessee State Museum is open 10 a.m. to 5 p.m., Tuesday through Saturday and 1 p.m. to 5 p.m. on Sunday and is free to the public. Info: www.tnmuseum.org or 615-253-0145.
Posted by douglassriverview at 9:15 PM