In June of 1902, women were not given much thought as to responsibility, except to keep house and raise the kids. In fact, most men were afraid of women, especially giving them any kind of authority outside of the household. 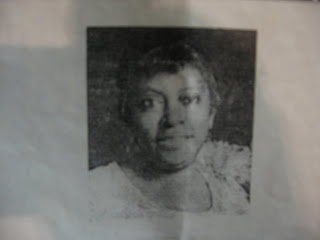 Emma V. Kelly had other ideas.

On the 13th of that month in 1902, Mrs. Kelly called together 13 women in Norfolk, Virginia began what was to be an uphill battle in the mobilization of Black women everywhere.

That work, coming on the heels of the "First Century" of Black freedom from slavery, stands as the solvent "right arm" of the world's largest African-American fraternal order came together for the first time.

Mrs. Kelly is the Mother of the Daughters of Elks auxilliary to the Improved Benevolent Protective Order of Elks of the world, of which the Dunbar Temple #344 in Kingsport, Tennessee is a proud member. 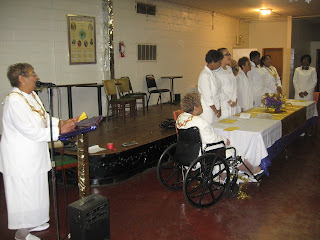 Fast forward to February 8th, 2008, as the Kingsport chapter gathered to celebrate the legacy of Emma Virginia Kelly. The event was held at the Clinch Mountain Elks Lodge on Martin Luther King Drive/Lincoln Street in Riverview-Kingsport. Mrs. Kelly demonstrated, as various speakers put it, "unyielding determination and genius" in guiding the organization to its present status and recognition in the Riverview community.

The program began with words of welcome from Daughter Ruler Kathryn C. White, followed by a song "Holy Is The Lamb," from Daughter Martha Harper

In the first tribute to founder Kelly, Flossie Maxwell spoke of those original 13 members, which quickly grew to 86 members. With less than 20 dollars in its treasury, the Daughters of Elks boasts 65,000 members; 16 of those in Kingsport as members of the Dunbar Temple #344.


After a Riverview community favorite "I Cried My Last Tear" by P.G.D.R. Dana Skaggs, Daughter Sandra Bly reminded the audience that founder Kelly was the organizer BY HERSELF of the Daughters' first constitution and their first publication. 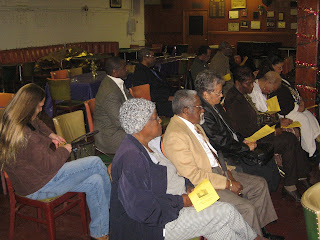 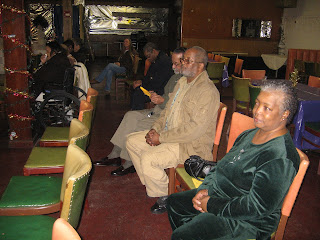 Daughter V. Valanna Benson, who also serves as the chapter chaplain, sang to the group, and Daughter Johnnie Mae Swaggerty White, told of how Mrs. Kelly was bound and determined to change the second-class status of women around, by making a difference in the lives of others.. a work that would endear her to thousands. 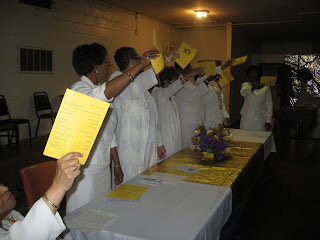 Mrs. Kelly was "The Wind Beneath My Wings" to many African-American women, as sung by Daughter Dana Skaggs, and then the group listened as Daughter Ruler Kathryn C. White compared her work with what is going on over in the Riverview Apartments right now.. their demolition that begun last week, signals the moving foward of the organization.. "that which does not destroy us, makes us stronger."

After the "Ode To Emma Kelly," the audience was treated to finger sandwiches, cake, fruit and punch.

Mrs. Kelly died in 1932 and was known as "Mother Kelly" by her thousands of daughters. She left an indelible mark on the organization that beats within the hearts of her followers, many of whom live in Rivervew and South Central Kingsport. As a community, we stand with the Daughters of Elks, Dunbar Temple #344 as they honor the founder of their organization with "Emma V. Kelly Day." 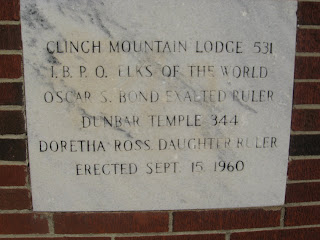