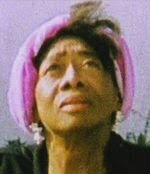 Evangelist Elizabeth Ann Carr, 65, went home to be with the Lord Feb. 19, 2008. Born in Johnson City, Tenn., she moved to Newport News, Va., where she resided until her death.

She attended public schools in Tennessee, and later received training from the then Hampton Institute in the medical/nursing field. She was employed at Whitaker Memorial Hospital until its closing.

Elizabeth loved the Lord and maintained her stewardship at Straight Gate and Narrow Way Holiness in the Lord Jesus Christ, Hampton, Va., under her husband/Pastor Elder Lee Carr.

Evangelist Carr will be greatly missed by her husband, daughter and a host of family and friends.

Viewing for Evangelist Carr will be held 11 a.m. to 5 p.m. with a wake service from 3 to 4 p.m. Sunday, Feb. 24, at Cooke Bros. Funeral Chapel, 1601 27th St., Newport News. A funeral service will be held noon Monday, Feb. 25, at the funeral home. Interment will follow at Hampton Memorial Gardens. The family request that any monetary donations be made to Elder Lee Carr, 1605 Chestnut Ave., Newport News.

Professional services are being handled by the staff of Cooke Bros. Funeral Chapel.
Posted by douglassriverview at 8:46 PM