JAMES SNAPP ORIGINALLY WANTED TO BE A DOCTOR, BUT HIS MILITARY BACKGROUND DICTATED A CHANGE IN DIRECTION 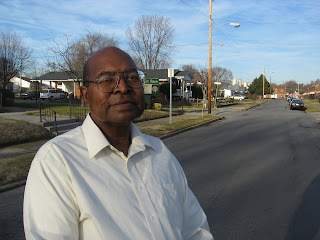 "We always treated each other as police officers with respect. I may have been black and they might have been white, but we all had one goal.. to control crime and gain the respect of the people."

The time is 1970. Kingsport had just taken a huge step in the history of law enforcement in Upper East Tennessee. The police department had just put the first African-American officer on the force and on the streets of one of Tennessee's most progressive cities.

Today, James Snapp is reflective on his seven and a half years as a black police officer in the Kingsport Police Department. "After I got out of the Navy, Kingsport resident Richard Clark told me the city was looking specifically to hire a black police officer. That kind of job had always appealed to me, so I went down and talked with Ralph Deal, the police chief at the time. He set up the training and firing range testing for me.. I passed, and was sworn in right after that."

"The pay was low, by all standards," James says. "But somehow back in those days, you could make the $5,000 yearly starting salary go a long way, because you got a raise in six months. We didn't feel back, though.. the starting salary of a police officer in Los Angeles at the time was $12,000, but I always thought Los Angeles was too far away from home." 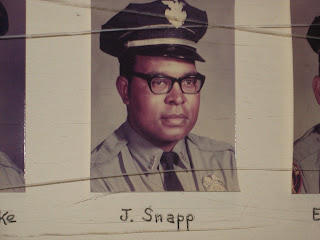 "I really didn't have any reservations about being the first black police officer in Kingsport," says James, "but the police department seemed to have more reservations than I did. Kingsport had just integrated it school system four years prior (in 1966), and they were pretty cautious about hiring a person of color."

"They must have had a lot of confidence in me, though," says James, "because after I was sworn in, I immediately got the title of full-fledged Police Officer. Most rookie officers had to work the jail first to get oriented to the system, filling out paperwork and such as that. We didn't have that many cars out on the road, and most of the officers shared cars in a two-man shift. For about a year, my partner was John Anderson and we became really good friends. Later on, we both had children about the same age, and our kids would play together."


PREJUDICE WAS AT A MINIMUM

"I can't say that I ran into too much prejudice in my years on the force," says James. "It did pop up from time to time, but it was never directed at me. As a sign of the times, mostly I just let it ride by me, and that way, it wouldn't create any trouble. We all had great chemistry, and we all knew that each one of us would lay down our lives for each other."

"Out in the field, suprisingly enough, it went pretty smooth, too," James remembers. "Most people didn't seem to notice that it was a black man in uniform writing them a ticket, or helping them with directions or information. Of course, every once in a while, some drunk would let loose with a racial slur, but I still had a job to do. Sometimes you would hear the "N" word from a drunk, but never from anybody sober. It was just part of the job, so with me it just went in one ear and out the other. I really didn't have that much trouble with it."

Officer Snapp remembers one crime case that he solved by just being observant and on top of his game. "One day in 1972, because of a shortage of officers on the job one day, I was patrolling in a car by myself, and the call went out about an armed robbery at the old Lynn Garden Drug Store. The BOLO (Be On The Lookout) described the car the two robbers escaped in, as an old pink Volkswagen with no windows and no doors on it. Well earlier that week, I had been on a drug raid in the Highland area, and I just happened to remember the house where the drug bust had been. I remembered some pink Volkswagen car doors leaning up against the outside wall of the house towards the back. I went back up to Highland near the Jefferson School, located the house, and sure enough, those pink Volkswagen doors were still there. I played a hunch, and there the two robbers were, fitting the same description that had gone out on the radio. I called in for backup, wrapped my service pistol in a blanket, and pulled my shotgun. I knocked on the door, confronted the suspects, and stuck my shotgun right up at one of them's chin and told him not to move. By the time my backups arrived, I had the situation already under control. When they were searched, one of them still had some of the drug store drugs in his pocket and some of the money they'd took. We recovered everything at that point."

"It was all just part of the job."


ONCE IT'S IN YOUR BLOOD, YOU'RE ALWAYS A POLICE OFFICER

James Snapp left the Kingsport Police Department in 1978. "I really missed it for a very long time," he remembers. "We had a lot of camraderie back then, and I still see some of the guys I worked with, from time to time."

"I watch the "Cops" TV show occasionally," he says with a nostalgic smile. "It does bring back memories, but it seems to be more concentrated on drug busts, drug possession and drug activities now. Cops are more "by the book" now with all the new technology at their disposal. Back then, we didn't have laptops in the cars, digital hookups, and record displays at the touch of a button. Our lives and our well-being depended on the spoken word between you, your dispatcher and your fellow officers. We had to be extremely careful."

"Back then, people understood we had jobs to do," James remembers, "and there was a lot more respect for the police officer. They understood that we had jobs to do, and that we were people, too, just like them. It was a good relationship, and the fact that one of the officers was black, never seemed to bother most people. We were community-friendly, and that motivated the department. Kingsport has had a couple of African-American officers since I left, and the situation is changing for the better." 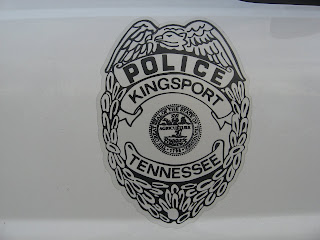 DRUG ABUSE IS THE NUMBER ONE PROBLEM PLAGUING OUR COMMUNITY TODAY

"Drugs was just getting a toe-hold in the community when I was on the force," James says. "There were neighborhoods that were problem areas, Riverview, Highland, Borden Village. I am proud that Riverview has gotten a better grip on solving its drug problem, and I hope the other areas can regain control of their areas. If you run the drug dealers and abusers out of one area, they'll always just run somewhere else, and it's a problem for police officers. They can't do it without community involvement, because just about every crime we have nowadays, is related to the abuse of illegal drugs."

Advice that Kingsport's first African-American police officer would give to prospective police applicants? "Just remember the public service that you would be performing," says James Snapp. "Remember control, benevolence, and how you would want to be treated as a person. The person you're dealing with, deserves that same respect."

"If you treat 'em right, they'll have that remembrance from then on," he says. "People have feelings, and as a police officer, you cannot trample on those feelings."
Posted by douglassriverview at 10:23 AM