The Name Game--What Would You Name the New Homes Development in Riverview?

Of course, nobody asked us..

But, if they did, and if you could pick a name..

What would you name the area of the new Riverview development being built by the HOPE VI grant, where the Historic Riverview Apartments once stood?

Kingsport Housing and Redevelopment Authority Director Terry Cunningham says, the Riverview Residents Association relayed that any new name should definitely have the name "Riverview" in it.

That is a good thing. We've lost the apartments.. if we lose the name, we've lost our identity.

So, that being already decided.. what new name should go along with "Riverview?", because the new homes are not considered apartments. 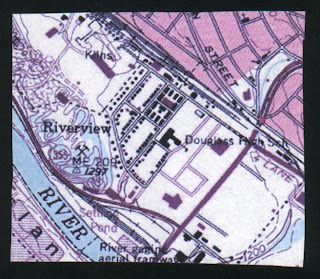 When our beloved Bessie Hipps named the new area for African-Americans between the Eastman and the Brickyard in Kingsport many years ago, little did she know the name "Riverview" would come to mean "a remarkable little community that raised doctors, lawyers, teachers, educators, politicians, authors, chemists, biologists, ministers, PH-D's, doctorates, pharmacists, computer technicians, and community leaders.. who all stood steadfastly in the face of numerous challenges to black sovereignty.

Over the years, the name "Riverview" in Kingsport also became associated with bad elements like drug dealing and other vices that all neighborhoods experience from time to time. Still there were good people in Riverview; the BAD people moved in on the GOOD people already there. It wasn't until a concerted effort began by longtime residents and citizens to rid Riverview of those bad elements, and despite the naysayers, the community began to stand tall as one that beat the odds.

Today, the term Riverview stands for the rebirth of Kingsport's African-American community. Although considered the showplace of South Central Kingsport, little Riverview is rapidly becoming a source of pride in upper East Tennessee. The phrase "I am from RIVERVIEW" is, and always has been, something to be proud of.. it's even become somewhat fashionable in circles. 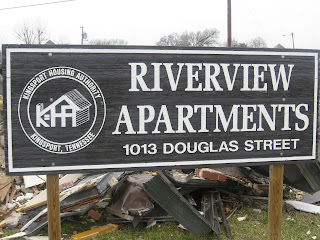 The Historic Riverview Apartments are gone, so, the question is: if you had a suggestion as to the name of the new HOPE VI development being built in their place, what would it be?

Please send your suggestions to me at our new web address: douglassriverview@gmail.com. Any name variation can be submitted, again, as long as "Riverview" is in it.

Give it serious thought, and send me your suggestions.. We will take the most popular suggestion and submit that to the proper people, so that your voice can be heard.