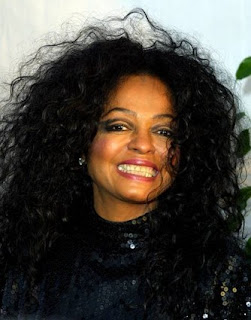 That's the appropriate plaque that should hang over the door of Beatrice Moore Cope's home, in recognition of her famous house guest's visit over 30 years ago.

Although she is very humble about Diana's Rogersville, Tennessee connection, Miss Bea loves to share the story with any attentive listener.

Many local baby boomers born in the 1960's may not recall the 1970 visit of super star Diana Ross. This was her first sojourn to Hawkins County, but for her father Fred, it was a homecoming. He spent the better part of his childhood in the Petersburg community near Rogersville. He lived in the log home of his grandfather Red Ross, Sr. Although Diana wasn't born in Tennessee, the Ross family tree roots are firmly planted in Hawkins County's fertile history. 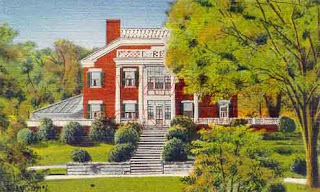 The Fred Ross Sr. Family of Rogersville has ancestral ties to the Ross slaves of the Rotherwood Mansion in Kingsport. Reportedly, this section was once a part of Hawkins County. Rotherwood Mansion was built by Reverend Fredrick Ross around 1820, on a little knoll overlooking the Hoston River. Ross and his siblings inherited a great deal of land and slaves from their father, who had vast holdings in Tennessee and Virginia. At one time, the Ross family had over 500 slaves and an iron works factory in Lynchburg, Virginia.

After Fredrick received his calling into the gospel mininsry, the hatred and disgust he felt toward slavery manifested itself in the fiery sermons he delivered. His little brick church in Kingsport was often overflowing with a large congregation who came to hear him preach about he evils of bondage.

Ross' attitude may have been influenced by his reading Harriet Beecher Stowe's "Uncle Tom's Cabin, written around 1818. 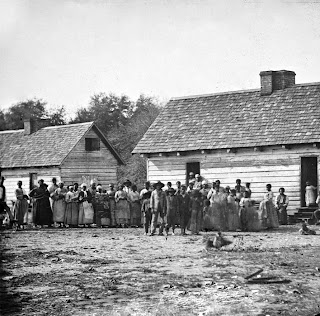 The book, wiith its vivid depictions of the horrors of slavery was probably consequential in his decision to free over 400 of the slaves he inherited and make provisions for their care.

This was not a popular gesture to make in 1820, especially in the South. Ross, who believed in abolition, was not accepted in may political circles because of his liberal views. But many of his former slaves would always remember his benevolence and kindness.

It was during these turbulent times that several of Ross's ancestors were born. It was a custom of the day for slaves to take the family name of their owners. 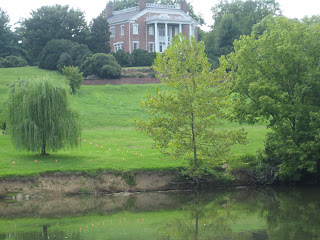 Around 1880, a slave named Fred was born on the Rotherwood Plantation, the great-grandfather of Diana Ross. It was around this time that the Ross family began to have serious financial trouble. Foolish business ventures, such as a silkworm factory, and the growing tension in the south over slavery began to take their toll. Joshua Phipps, a former overseer at Rotherwood, purchased the estate around 1847.

After the Civil War, Fred married Hannayh Varner, a former slave from New Canton. Fred worked as a sharecropper, and Hannah, a domestic. Soon they saved enough money to purchase several acres of land in what later became Petersburg. They built a log house and all seven of the Ross children were born there. Fred was a renowned carpenter, well digger and mason. Evidence of his masonry can still be seen in the stone foundation of the old Ross homestead.

As a small child, Hannah had worked in the Loom house of New Canton. She also had a loom in Petersburg, and wove off their clothes and coverlets. A few pieces of her handiwork can still be seen on display at the Museum of Appalachia in Norris, Tennessee. 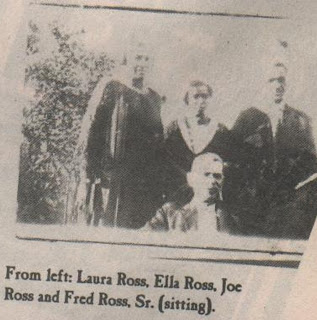 The Brice family has resided in the community since slavery days. Edward and Ida took care of Fred and Hannah Ross, when they could no longer do for themselves. They are both buried in the Brice cemetery near the Ross home.

Ida had a beautiful singing voice, and was often called upon to lead the choir at the church. She and Edward had four children, Georgia, Edna, Jessie and Fred Jr., the father of Diana.

Many families left the south in the 1930's, for the industrial city of Detroit, where jobs were more plentiful. After graduating frm Swift, Georgia and Edna moved there. When Fred was still a small child, his mother died, and he and his sister Jessie were sent to live with Ella and George Cope. Fred stayed there until he was nine years old. When his aunt Ella died, he was sent to Detroit to live with another relative. After George married Bea Moore, they made several trips to Michigan to visit relatives, but they never got to see Fred's daughter. 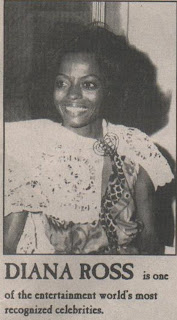 Diana was born in 1944 in Detroit. Even as a young girl, Diana, like her grandmother, had a beautiful voice. She began to sing with three other girls in high school in a group called the Prinettes. After signing a record deal with Motown, theiry changed their name to the Supremes. It was as the lead singer for the Supremes, one of the most successful groups in the history of rock music, that she obtained her greatest fame.

The group gained popularity with both black and white audiences. Diana sang with the group from 1959 to 1969, when she left to start a solo career as a singer and motion picture actress. Her first solo hit was 1971's "Ain't No Mountain High Enough." 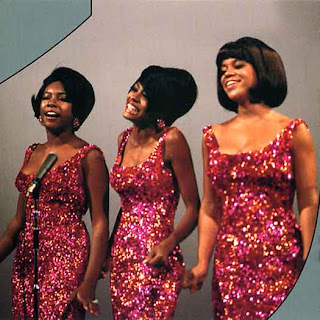 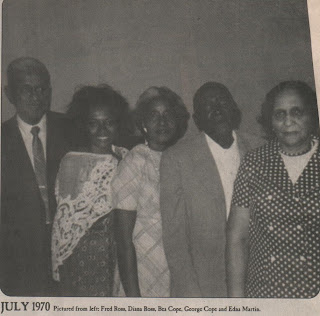 Many years would pass before Fred Ross, Jr. would return to Rogerville to see his Uncle George. In 1970, Mr. Cope was 89 and had given up hope of ever seeing his famous niece. That same year, the Copes received news that Fred, his wife Ernestine, his Aunt Edna and Diana would be coming to Rogersville for a visit. Though they tried to keep her visit as quiet as possible, the Cope lawn was full to overflowing with people trying to get a glimpse of Diana. Bea Cope had her hands full getting ready for the former Supreme. A huge banner proclaimed "Welcome Diana." It was one of the highlights of George Cope's life to get to see Diana and Fred.

Diana seemed to enjoy her journey to her father's childhood home. Mr. Cope died the following March, but Mrs. Cope still survives to tell about that summer of 1970, when her family entertained a celebrity. 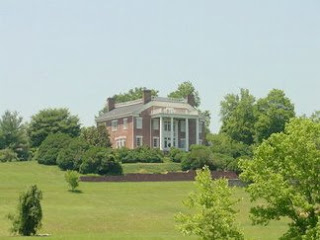 Around 1995, Rotherwood Mansion came up for sale, and rumors circulated that Diana Ross was interested in acquiring it. Indeed, it would have been ironic if a Ross could have again lived at Rotherwood, but under different circumstances. Whether or not the story was true, the deal never materialized.

The old Ross home in Petersburg has long since been torn down. Only the stone foundation and overgrown shrubbery remain. Nearby in a small cemetery, the slave ancestors of the Ross family finally rest from their troubles and trials. They certainly deserved their peace. They were a people of faith, storng in body and spirit, who were determined that each generation would do better than the one before. One of their descendents would reach supreme sucdess. Her father's people of Hawkins County would certainly be proud of Diana Ross. 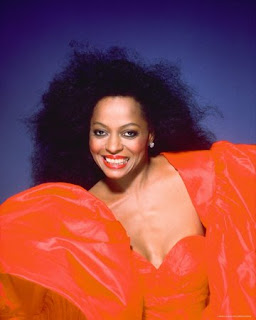 SPECIAL THANKS TO BEA COPE, PEGGY COOK AND THE NETHERLAND INN
Posted by douglassriverview at 10:23 PM