History of the Price & Phipps Family In Eastern Hawkins County

THIS IS THE HISTORY OF THE AFRICAN-AMERICAN PRICE & PHIPP FAMILY, WHO AS FREED SLAVES IN EASTERN HAWKINS COUNTY, TOOK THEIR SURNAMES FROM THE WHITE SLAVEOWNERS IN THAT AREA---SUBMITTED BY TACIA PRICE

PICTURES IN THE PHOTO GALLERY

According to the 1880 Census in Hawkins County, Tennessee, Lucy Smith who married William H. Price was most likely the family that owned his father, Robert Price. 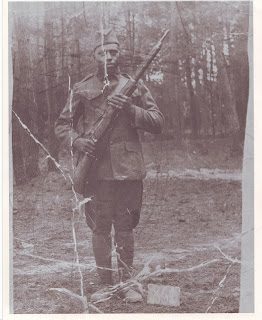 Frank Price was inducted into the United States Army (June 8, 1916) serving in Germany & France during World War I. After the war on June 6, 1923, Frank B. Price married the lovely Nellie Maude Phipps.

Around 1925, Frank worked for the railroad in which he lost his arm due to being caught between two rail cars. Because this happed to him as a young man, none of his children or grandchildren has ever seen him with two arms. A settlement was given for his dismemberment and with this he was able to purchased property from Arthur & Julia Lyons for $400.00. 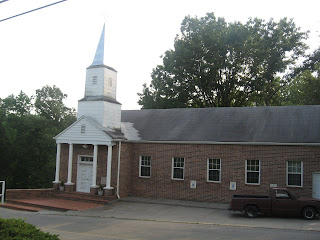 He loved the Lord and his church, which was Lyon’s Chapel A.M.E. Zion Church and although he could not read nor write, "Grandpap," as the grandchildren called him, knew the Bible front to back. He donated the property that the church and cemetery is currently located today on New Canton Road in New Canton. He proudly served the church for many years as church treasurer and as a member of the Senior Choir.

With one arm, two mules (Nell & Joe) he was able to farm, grow tobacco and raise a family. On his property, there was a spring that ran behind the church, people enjoyed the cool drink that they received and some bottled it to take home.


FRANK PRICE RECOGNITION--PLEASE CLICK ON THE ARTICLE TO ENLARGE 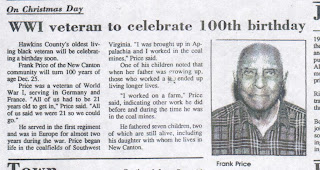 His accomplishments that he received was that he was recognized on NBC's ”Today Show” by Willard Scott, as well as receiving a metal and certificate from President George W. Bush Sr. for turning 100 years old.

Nellie Maude Phipps Price (my grandmother) was born July 15, 1908 in Hawkins County, Tn., she was born to Victoria & George Phipps.

Her mother, known as Aunt Vic, worked at The Netherland Inn as a cook. She was well known for her cakes, according to an article in the Kingsport Times-News (dated October 26, 1975). Victoria was a slave before the Civil War at the Rotherwood Mansion, were Joshua Phipps was her owner.

Nellie, "Grandmaw" as the grandchildren called her, was a quiet mother and housewife, but most of all she loved the Lord as well as her church, the Lyon’s Chapel A.M.E. Zion Church. She loved sharing her talent during church programs, among them singing and playing the songs of old and poetry that were in her memory from her childhood. She was also known for quilting.

Again, the Lord visited this family and took Grandmaw home on December 7, 1986 at the age of 78.

Together with the Lord, Frank & Nellie raised seven children, 38 grandchildren and a host of great and great-great grandchildren.

UNKNOWN MEMBERS OF THE NEW CANTON COMMUNITY--IF YOU RECOGNIZE ANYONE, PLEASE LET ME KNOW--CALVIN 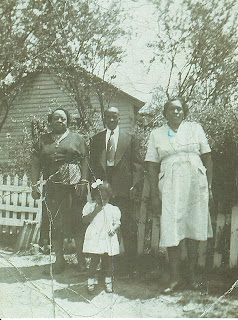 Posted by douglassriverview at 10:44 AM