EDITOR'S NOTE: ORDINARILY, WE ONLY PRINT GOOD NEWS AND NOT CRIME STORIES ON OUR WEBSITE, BUT THIS ONE HAS AN OVERALL COMMUNITY INTEREST---CALVIN

One woman told police she was nearly struck and fell to the ground while trying to protect her 1-year-old grandson.

KINGSPORT — About 12:50 p.m. Sunday, Kingsport police responded to a report of two vehicles that had nearly run over several people attempting to leave Bethel A.M.E. Zion Church after attending the service there. 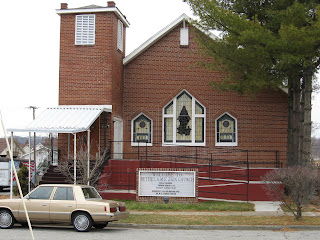 Two Kingsport women are accused of endangering the congregation by driving recklessly down Maple Oak Lane while adults and children were attempting to cross the street.
Evelyn Beatrice Lollar, of Kingsport, told police she was nearly struck and fell to the ground in an attempt to protect her 1-year-old grandson. Lollar said the two vehicles sped by as she was standing at the curb attempting to put her grandson in a car seat.
Witnesses said the vehicles sped past the church then stopped at the dead end, and the drivers began to argue. Tiffany Tarter, of Kingsport, pulled her vehicle across the road to prevent the pair from leaving, police said.
Madonna Ryleigh Jo Carlson, 19, of 156 Esterville Road, Lot 4, and Alfretta Renee Johnson, 38, of 818 Forest St., gave conflicting reasons about why they’d been speeding.
According to the police report, Johnson and passenger Lesley Miller said Carlson was driving at a high rate of speed, and they were trying to get her to stop.
Carlson and passenger Brian Puckett said Johnson had been chasing Carlson, and they were trying to get away.
Both Carlson and Johnson were charged with reckless driving and transported to the Kingsport city jail.
Posted by douglassriverview at 10:18 AM