PORTIONS OF THIS ARTICLE WERE TAKEN FROM THE SWIFT JUNIOR COLLEGE CATALOG, AND FROM AN ARTICLE IN THE KINGSPORT TIMES-NEWS DATED AUGUST 15, 1971

From 1883, when the Institution was established, to 1963 when operations ceased, Swift College in Rogersville struggled often. William Henderson Franklin was ordained by the Union Presbyrterian Church, and was sent to Rogersville, to organize the college. He worked there 10 years, before a three-story brick dormitory and administration building were built in 1893.

"
An old school catalog offers a brief history of the hard times the school faced. "In those days, there were few education opportunities for Negroes, and very little desire for them," the catalog stated, "so it fell Reverend Franklin's lot, not only to preach and build, but also to arouse the people among whom he had come to labor, to see the advantage of a school in their midst for their children."

When black youths from this region had no where else to go for a high school or college education, Swift Memorial Junior College was there.

By 1893, Reverend Franklin had won over the community. 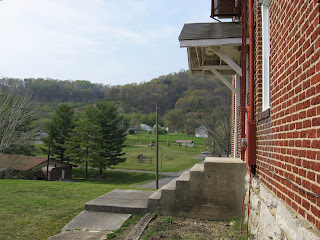 The college sat on a hill, one street back from Main Street on what is now Kyle Street, near where the Rogersville Presbyrterian Church now stands. The Institution was named for Reverend Elijah E. Swift, president of the board of missions for freedmen of the Presbyrterian Church, originally to be a girls' seminary. 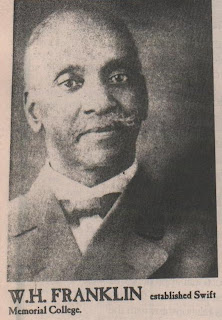 At first, only high school courses were taught, but in 1904, Swift became a four-year college, with Dr. W.H. Franklin becoming its first president. In 1913, the girls' dormitory facilities were expanded, when two wings were added to the main building. The young men's worm was destroyed by fire in February, 1926, and operations were hampered until a two-story brick building replaced the dorm in 1931. 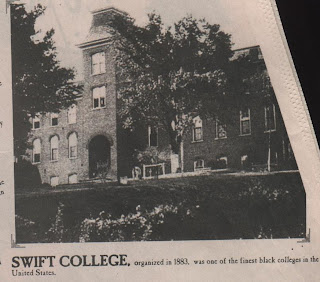 The school finally looked like it was going places.

But in 1929, the college found out that the Tennessee State Board of Education was along only one year's college work, for every four years at Swift. The state board ordered county school teachers paid, oaccording to the number of college hours it allow the institution from which they were graduated, according to the catalog. Because of that, in 1930, the school's administration decided to cut the school back to a junior college, and follow those state standards.

"In days prior to the reorganization, Swift was indeed a nonconformist," the catalog read. "She paid little or no attention to standards of other institutions of learning, but mapped out her own curriculum and policy and pursued her course along independent lines."

According to student regulations listed in the catalog, Swift was a strict disciplinarian. "Swift is not a school for paupers, nor a reformatory for incorrigible boys or wayward girls," it states.

Students were not allowed out of the dorms at night, and were not allowed to go downtown, except when accompanied by a dorm parent. Most of the time, however, the students had to give a list of what they needed to the house parent, who went downtown to buy things for them. 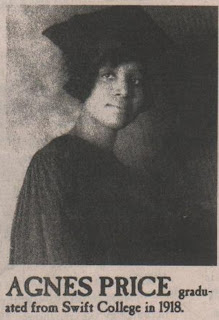 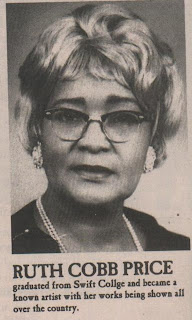 At its peak, Swift had an enrollment of about 200, with students from most of the southern states, and some from as far away as Oklahoma. Finances were always a problem, it seemed, for in the catalog, there were blanks left for persons to leave Swift in their wills. It also offered high school and junior college curricula that met the requirements of the state of Tennessee. Graduates of the school were accepted at all standard colleges, and full credits were given for the work done there and transferred elsewhere. Even graduates of the teaching training department received the highest elementary teaching certificate issued by the Tennessee Department of Education.

The Reverend C. E. Tucker succeed Dr. Franklin as president, who retired after 43 years. Reverend Tucker retired at the end of the 1935-36 school year, and was replaced by the Reverend W. C. Hargrave. The Reverend R. E. Lee, the college's last president was appointed, when Reverend Hargrave retired in 1941.

Financial troubles and space problems forced the school to move to Jackson, Mississippi in 1955. The Hawkins County School Board operated Swift as a public high school until 1963, when county schools were intergrated. 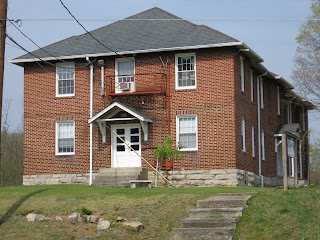 The Boys' Dorm is one of the few remaining buildings on the former campus.

Many of the former students live in Rogersville and have formed a Swift Club, which raises money for various charities, such as mulk funds, according to Mrs. Bessie Childress, a club member.

The only thing left of Rogersville' African-American college now, are the president's home, the boys' dorm, and memories fondly cherished by former students.
Posted by douglassriverview at 7:48 PM