Textbook Inscribed With Love Note On Way To Couple’s Daughter


Contact Vince Staten at vincestaten@timesnews.net or via mail in care of this newspaper. Voicemail may be left at 723-1483. His blog can be found at vincestaten.blogspot.com. 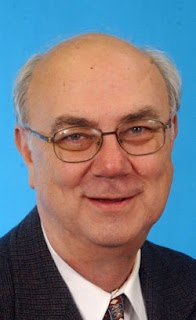 Sometimes columns do have a happy ending.
Last Friday I wrote about the book sale of old Douglass High School textbooks. One book in particular struck my fancy because of its inscription: “Linda Eller loves Butch Foster very much & won’t admit it.”
It turned out the inscription was true.
But neither Linda — her name was Etter, not Eller, as it looked in the handwritten inscription — nor Butch could buy that old book. Linda passed away in 1980. And Butch — George Foster — died this past January.
But friends and relatives of the two read the column and alerted Linda and George’s daughter Tia, who now lives in Houston.
Tia e-mailed me, and I volunteered to go buy the book for her. But before she got my message, Pam Kincaid, a classmate of her mom and dad, bought the book, and as I write it is in the mail, on its way to Houston and its rightful owner, Linda and George’s daughter Tia.
I couldn’t send Tia the old schoolbook, but I did send her a newspaper clipping I had come across while researching Friday’s column, a letter her mother had written to Santa in 1962, when she was 11 years old, and sent in to the Times-News’ Santa Letters page. “I want a typewriter, a Barbie tea set, frosty machine and Susie Smart doll. ... My little nephew’s name is David. He is 7 months old. He wants some stuffed dogs and cats and a baby train.”
There were plenty of other happy endings at the book sale. Calvin Sneed tells me that before the day was out, more than 150 old textbooks had found new homes.
“A couple of teachers who remembered teaching from the books they saw — I think they knew their old books were going to Douglass back in the ’60s — came by to see and buy them.”
Calvin says one man who had always wanted to learn to speak French bought a French textbook.
There are still plenty of old textbooks to be catalogued. The Douglass Alumni Association plans another book sale in the near future.
A HISTORY
Calvin Sneed has written a history of African-Americans in Eastern Hawkins County, from Rotherwood to Rogersville, and is publishing it as a series of articles on the Douglass Alumni Web site, www.sonsanddaughtersofdouglass.org , all this week. There’s some eye-opening stuff in the series. Did you know that Diana Ross of the Supremes has her roots in Rogersville and other ancestral ties to Kingsport’s Rotherwood Mansion?
Posted by douglassriverview at 10:27 AM