The Clean-up of Riverview: A Process in Motion Continues 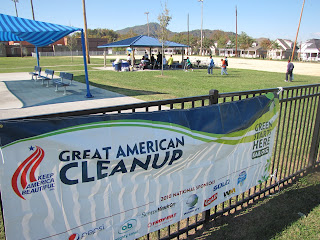 Riverview and South Central Kingsport are both just a little bit cleaner now. In fact, you may have noticed some of your neighbors with trash bags walking the streets and alleys of the neighborhood.
The annual Fall Trash and Litter Pickup was held on Saturday, October 16, 2010. The event is part of the Great American Cleanup, with national sponsors Pepsi, Glad Storage Bags, Wrigley, Troy-Bilt, among others. 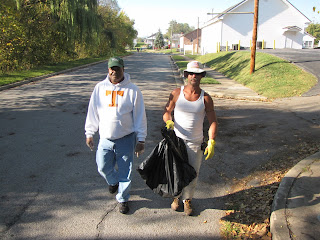 "We do this twice a year, in the spring and the fall," says Jeannie Hodges with Weed & Seed. "The tons and tons of trash that we've been picking up over the years are now down to a minimum. I think that people have caught on and want to keep their community clean, and we're not getting as much trash as we used to."

Click here to see a slideshow of the 2010 fall cleanup in Riverview and South Central Kingsport.

The first trash pickup more than 10 years ago, produced 27 tons of trash. This year, it's down to about two or three tons, a vast improvement. 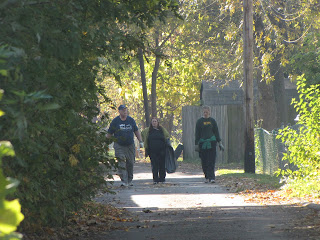 "The cleanup comes as a necessary element to redevelopment of the community," says the Reverend Kenneth Calvert, pastor of the Shiloh Baptist Church and a board member of South Central. "The cleanup started out with the 'Catch the Vision' project years ago, which included not only streets in Riverview, but Maple, Dale, Oak, Brooks, Myrtle and East Sevier. It was part of the mushroom effect that grew out of the process of revitilization."

"The real growth," he says, "are the partnerships that began and grew with the process. First Broad Street United Methodist Church joined the cleanup effort this year, after partnering with us on a number of other projects. We also partner with the Kingsport Fire Department, the Kingsport Police Department, Parks and Recreation, the Kingsport Rotary Club, the United Way, and a lot of other agencies/ They help us with projects that are vital to the improvement of the area." 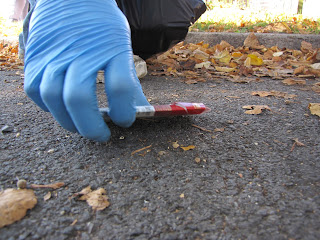 "We are definitely seeing, as Jeannie said, that people are buying into the process of keeping the community up," he says. "It's important to have the neighbors and residents involved."


One of the partnerships, the one with the Kingsport Fire Department, involved giving away free working smoke detectors for the seniors in Riverview and South Central Kingsport. That task was assigned to the New Vision Youth Kids. 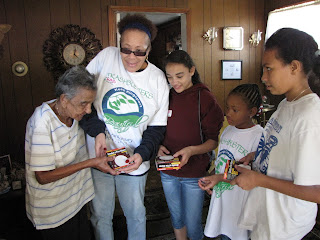 "We delivered smoke detectors to Mrs. Lillie Smith on Dunbar Street. She really appreciated getting them for her protection," says Johnnie Mae Swagerty, director of New Vision. "We also delivered to Sister Bradford on Dunbar. They gave the kids hugs and were so glad to see them and get the smoke detectors. We also delivered to Mrs. Pearl Henry, Mrs. Sherry Kinchloe, Mrs. Patti Hoard, Mr. Linnell Bristol, and Mrs. Ollie Perry." 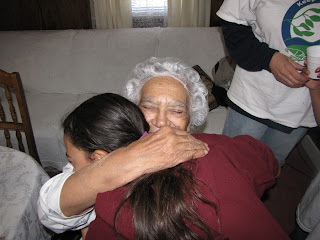 "We gave them to the seniors living at home who really needed them," she says. "We've still got 24 more families we have to deliver to. This is going to be a community project for the DEFY kids and the New Vision Youth Kids together. The kids got a kick out of helping some of our seniors living at home, and it teaches them responsibility and compasssion. It's part of what we do for the community."

Back on the home front, folks volunteered their time to walk the streets and alleys collecting litter. There were community volunteers, the New Vision Kids, folks from the Hay House, and volunteers from the Board of Pardons and Parole working off their community service requirements. 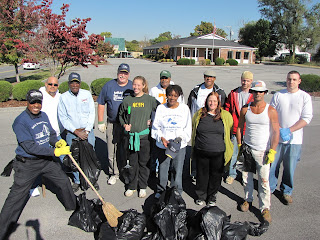 "The Borden community joined us this year, and part of the cleanup and trash pickup was in the Borden Park area," Mrs. Hodges said. "We'd love to have other neighborhoods join us, too. We can show them how to organize, how to involve the residents, and where to concentrate their efforts. We'd be glad to partner with them because what helps them, helps everybody."


Kingsport Public Works sent a garbage truck over to load up all the bags of trash, and after the event was over, refreshments including pizza, cookies, snacks and drinks were served to the volunteers, capping off a morning of sprucing up the community and keeping it neat. 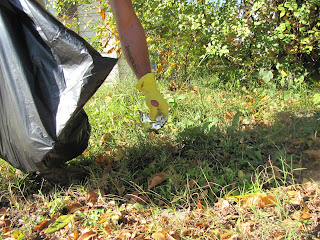 Posted by douglassriverview at 12:16 PM