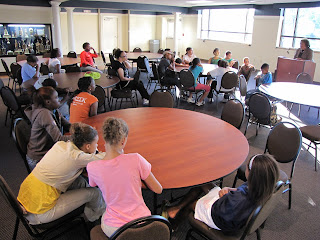 The first Riverview Storytelling Festival was born of an idea that Johnnie Mae Swagerty had, to educate the youth in the community about much of the folklore that blends history and culture together in the neighborhood.

By the looks on the faces of the New Vision Youth, the event held in the Douglass Community Room at the V.O. Dobbins, Sr. Complex was a huge success.

"Indeed it was," says New Vision Youth Director Johnnie Mae Swagerty. "We had about 22 kids that came to hear the stories, and also 4 or 5 adults also attending, and they were very caught up in the tales of the neighborhood." 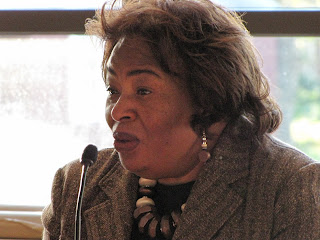 "Mrs. Louetta Hall was one of the story tellers, along with Calvin Sneed with the Douglass Alumni Association. They were telling stories about things the kids did not know about Riverview, and even things some of the adults did not know about the community." 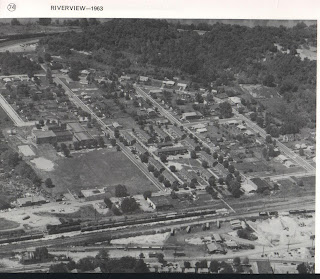 Mrs. Hall told of the movies that people used to watch in the ballfield, and ocassionally in the courtyard of the Riverview Apartments. She also told of an old peddler who used to come into Riverview every day, and would sell the people wares from the back of his old wagon. She also mentioned how the PET milkman used to deliver milk right to people's doorsteps. She also talked about how kids used to sneak through the woods and watch the movie at the drive-in on Wilcox Boulevard. She mentioned to the children how residents used to have their farm animals on their property in Riverview.


ONE OF THE OLD FOOTPATHS ON CLAY HILL, BEHIND DUNBAR STREET Calvin told of how Clay Hill was the unofficial playground for Riverview children (and a few adults), how kids whose parents would not let them have dogs, would keep the dogs as pets in doghouses on Clay Hill.. he also told how the whistles from the Kingsport Foundry and Tennessee Eastman would sound at the 4:30 PM shift change every weekday, and did an imitation of the foundry whistle and the Eastman horn that were very authentic.. he also mentioned how he found out that Jason and Nora Mae Taylor introduced the first foot-long hotdog in Kingsport, at their own Dairy Mart restaurant on Lincoln Street in Riverview. 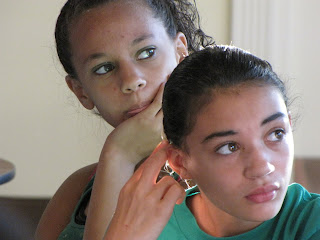 The kids, of course, had tons of questions, among them.. how much did it cost to get in the old Riverview Swimming Pool?... how much were the hot dogs at the Dairy Mart?.. They asked if there were any animals on Clay Hill, and what they were.. They also asked about the playground that used to be in the courtyard at the Riverview Apartments.. They even wanted to know where the names of the streets in Riverview came from (Louis Street used to be called Washington Street, and East Sevier Avenue used to be East Walnut Avenue).

Johnnie Mae says there were plenty of things in the stories told, that the adults did not even know. "I didn't know there were specific times that the whistles went off for shift changes at the businesses. She also told stories of my grandfather, one of the first farmers in Riverview, who used to have horses on his little property, along with cows and pigs."

"Some of the kids had never heard of Riverview, never heard about Riverview," she says. "They didn't know about how Central (Baptist Church) was the first church in the neighborhood.. how Reverend Stokely used to do so many things for the church and the community."

Johnnie Mae says she was glad to learn of the first footlong hotdogs and the Dairy Mart connection. One of the restaurant's former owners, Mrs. Nora Mae Taylor still lives on Dunbar Street in Riverview. 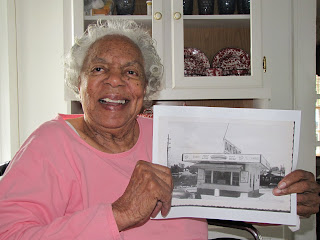 "The kids want to go to Sonic and have a footlong hotdog," she says. "We want to get the Sonic people involved in this part of the footlong's history in Kingsport, and we want to tell the Sonic people about that history. Based on a suggestion from Calvin that 'every time you eat a footlong, you should think of Ms. Nora Mae Taylor and Mr. Jason Taylor and thank them,' we want to write her appreciation letters and have a little party for her to thank her and her late husband for bringing the first footlong hot dogs to Kingsport. It's now going to be one of our community projects soon for the New Vision Youth." 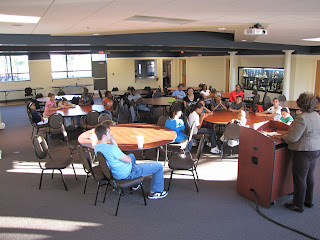 The best thing that came out of the Riverview Storytelling Festival, is that there are many, many more stories out there, waiting to be told.

"Based on the success of this one," Johnnie Mae says, "the Riverview Storytelling Festival will now be a yearly event, not just for the kids, but for the adults, too. We'll plan it to be bigger and even better, maybe do it outside like the National Storytelling Festival in Jonesborough.. we'll start an annual storytelling festival in Riverview. We want the adults to come out, the seniors, and tell their stories, so there'll be a record of what happened in our community. It won't be just for Riverview, it will be for all the community.

"I was glad that the kids got to know some of the history of the neighborhood," she says.

"Believe it or not.. they still want to know more."
Posted by douglassriverview at 1:28 PM