THE RIVERVIEW COMMUNITY WAS THE HARDEST NEIGHBORHOOD HIT FROM THE BLAST, BEING RIGHT ACROSS WILCOX BOULEVARD FROM THE EASTMAN ANILINE PLANT. PLEASE SEE ABOVE ARTICLE, FOR THE DAMAGE AND IMPACT ON THE RIVERVIEW NEIGHBORHOOD 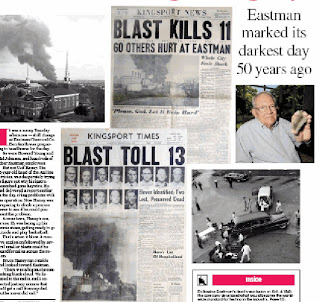